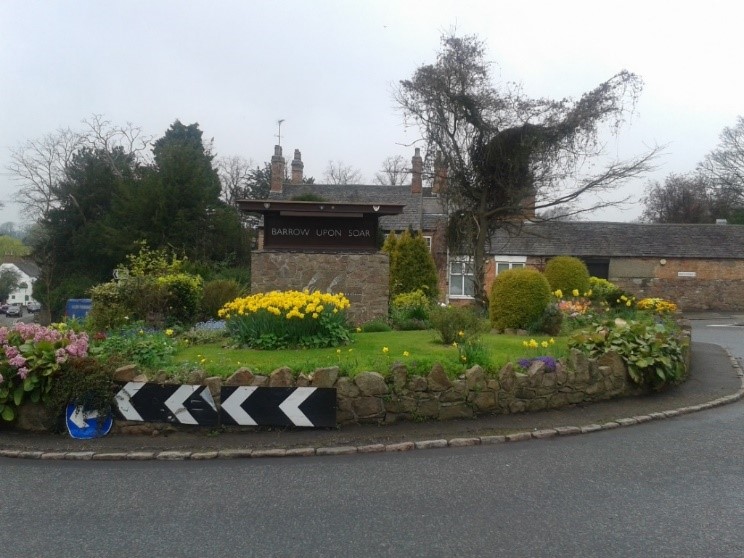 In 1952, to mark the Coronation of Queen Elizabeth 11, Jerusalem Island was gifted to the Parish Council and the monument and plesiosaurus sign was erected about 1953.

This sign is commonly referred to as the 'Kipper'.

About the same time, the oak (Quercus robur) was planted.

We think it was in the late 1980’s that the Gardening Club's group of keen volunteers led by Doug Knight were given permission to ‘garden’ the island. 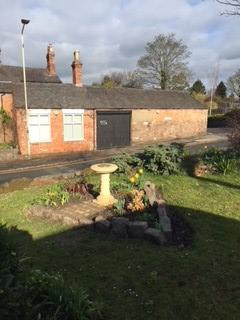 Initially, the group started by dividing it up in to beds and then planting lots of bedding plants grown by members.  More recently, annual grants from the Parish Council enabled shrubs and a wider variety of bulbs and seasonal colour to be planted.

At present we have only 5 members volunteering but we hope to increase this soon as more members have expressed an interest in getting involved. We each have our own areas but help each other as needed.

Each area is different as we can choose what to plant as long as it does not grow too big and obstruct the view of the monument.

We garden when we want but always try to meet up on there on the first Saturday of the month and discuss ideas as well as weeding and planting.

The volunteers were delighted last year to take part in Barrow in Bloom and to receive a Judge's award for the roundabout. 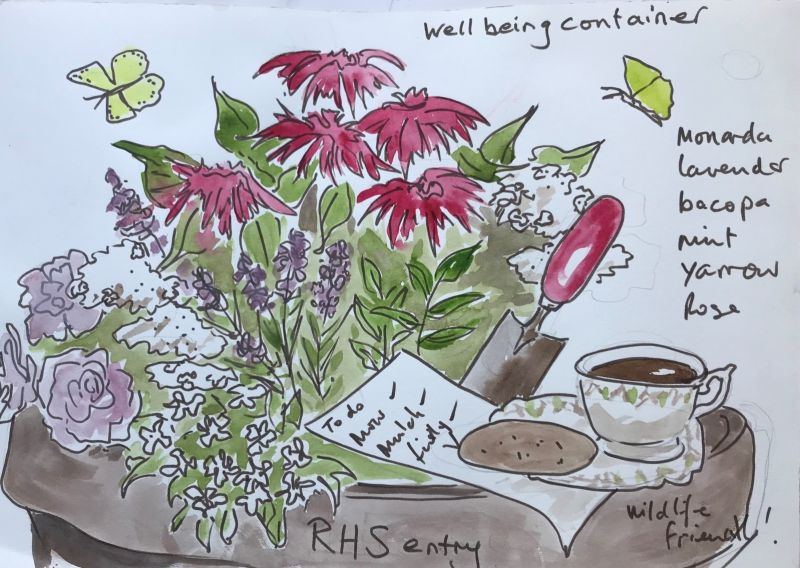 The Royal Horticultural Society recently sent out an invitation to all of their affiliated associations to ask if they would like to apply to exhibit a planter at RHS Chatsworth from June 5th to 9th 2019. Barrow upon Soar Gardening Club, who are affiliated, decided to apply. How could they not?

This year’s theme is “a sense of wellbeing”. All the village gardening club members were involved in designing the planter as they gave their individual views on what plants and ideas conjured a feeling of well-being for them. Suggestions came thick and fast from bluebell woods, spring flowers, poppies “dancing” in the breeze, alpine meadows plus trees in blossom. There was a common theme which centred on “finding time to smell the roses” and involving all five senses.

With just a week to go before the deadline for a submission, a design was drawn up by Sue Perkins. It was based on everybody’s ideas and really does give you a sense of well-being. It shows a half finished planter with a half written “to do” list as the gardener has stopped for a cup of tea and a lavender biscuit so that there’s time to “smell the roses!”. The plants chosen complement the theme, aiming to feed all the senses. A colourful scented rose “Morada”, which means “be happy”, tumbles down and is also a good pollinator. There’s lavender and peppermint for touch, taste and smell, yarrow for healing and health, a wind chime for movement and sound and finally some butterflies on sticks for added colour. There’s no plastic anywhere.

The application was submitted, informing the RHS that although the gardening club is small in membership, they are passionate about their chosen pastime. They know that gardening lifts their spirits and brings a real sense of community and well-being. Obviously, they mentioned the fact that the village roundabout called “Jerusalem” is maintained by them!

Club members were surprised and excited when they learned that their application had been successful - their little gardening club would be exhibiting at RHS Chatsworth! Four club members, Maggie, Lesley, Annette and Jan will travel to the site to set the planter up – the actual materials will be provided by the RHS. There will be an opportunity for visitors to the show to vote for a “People’s Choice”, a bit like a “best in show” event. The winner will be announced on the final day. Two club members, Maggie and Veronica have free passes to attend on behalf of the club. Watch out for an update in the next issue of Barrow Voice!

The gardening club will let the RHS have the planter because at the end of the show it will be donated to a charity – so it will be enjoyed by others. The club will also put together another, similar planter for the village. It will be donated as a prize at this year’s Open Gardens – so will benefit Rainbows as well. Anyone who is interested is welcome to attend the next Gardening Club meeting on Thursday September 18th in the library at 7.30pm. The talk will be “How to start a new garden”.