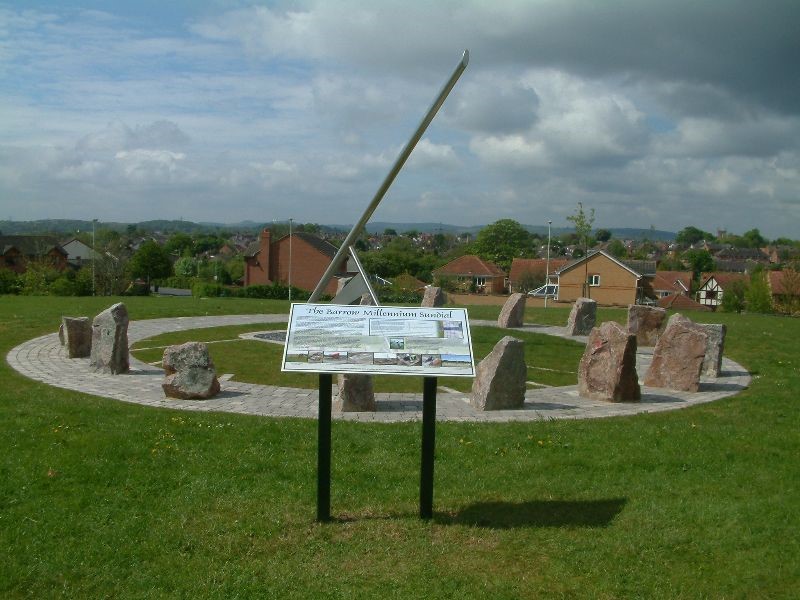 Millennium Park was acquired by the Parish Council from developers, in January 2003 in order to provide a Country Park and to retain, in perpetuity, a green wedge between the village and any future development.  The Millennium Group, a community group, worked over a number of years to bring this project to fruition. In 2003 there was substantial planting of native trees and wild plants including a grove of trees planted by village organisations.  The Millennium Group were also responsible for the installation of paths, signage, tree and wild flower planting and the creation of a wild flower meadow. The site is now managed by the Parish Council.

The most striking feature in the park is the sundial which contains one of the biggest gnomons in England. This sundial, which is one of only five of its type in the country, has received considerable public acclaim and is a major tourist attraction in the area.  It set in a chapter ring of 16 hour marking granite blocks. These huge slabs of granite were supplied by Lafarge.   Given enough sunlight to cast a Shadow, you can tell the time with reasonable accuracy. A plaque explains how the sundial was built. The sundial can be found in the centre of the park on a promontory overlooking the village to the west.  Millennium Park and sundial were officially opened by Lady Gretton, HM Lord-Lieutenant of Leicestershire on Saturday 3rd July 2004.  The sundial is skirted by a wheelchair friendly path which is much used by dog-walkers.